What Your Healer Wants You To Know About BGs 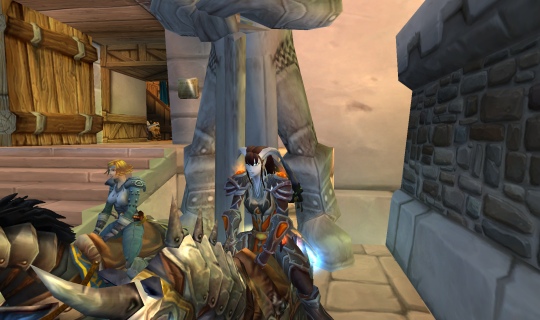 I understand you. I do. There is a good portion of my personality that likes nothing better than to rip into a good imaginary monster with a gigantic fireball, or to dance circles around my enemy as I beat them to death with spells. I have been the glass cannon. I used to PvP back in Burning Crusade when you had to start out somewhere – with all my PvE gear on. It’s colloquially known as “magic toilet paper,” and for a good reason. I died. I died a lot. But by gosh, I was taking them down with me.

Christian Belt of Arcane Brilliance over at WoW Insider once remarked that he really thought fire mages would be happy enough with a spell that just made them flat out EXPLODE. Yes, it would mean fiery death. But it would also mean fiery, dead enemies. That’s all we want, he opined.

I understand the rush of adrenaline, the high of dropping someone to their knees while you are still standing. It is exhilarating and awesome!

This is a letter from me, to you, though. I don’t know if you’ve noticed me? I’m the one waving my arms in the air way in the back. You may feel a slight tingling as your health returns to you. I did that. Well, more accurately the Light did that. I’m just a vessel. I have this slight problem, though.

This GIANT ORC IS POUNDING MY FACE IN WITH A BATTLE AXE.

This warlock is fearing me to kingdom come while his felpuppy knaws on my hooves.

I’m down on my knees, here. (And that’s no small feat, draenei knees are weird).

I want you to live! Desperately. Ardently. I am trying my absolute best to make that happen, but you’re not really working with me.

You leave me alone by myself at flags. (No problem, guys! I’ll just tickle them when they get here).

I try to join into a battle where you are fighting and you RUN AWAY and suddenly I am surrounded by ten Horde and I die horribly.

I try to defend flags with you and you let a mage free cast at me while a DK charges in from the side and the two of them flatten me in a matter of seconds.

I mean, let’s be frank here. I don’t think I’m the world’s gift to BGs. I don’t expect accolades or for anyone to act like I’m a big deal because I’m healing. I like healing! I want to heal. It’s just that, by virtue of what I’m doing – I need a little help from you in order to best help you. When you ignore my existence, I’m vulnerable. You see, the opposing team, they aren’t like you. They know who I am. Believe me – in seconds. They converge on me like a plague of locusts.

In all fairness, I know that there’s only so much you can do, DPS. I have to contribute here too. I have to do my best to stay alive, and I do. I have been getting more PvP gear each day, upping my resilience so I’m not such a sitting duck. I dual-specced Holy so I could have a proper PvP spec, and it has helped quite a bit. Learning, gearing and preparing for PvP is my thing. That’s not your job to worry about.

I get it, you’re busy. You’ve got a lot going on. Maybe you are even taking out enemy healers, and that’s good too. I am your best friend, and they are your worst enemy. But at the same time as you are homing in on the arm-waving set from the other team, take a moment at the beginning to notice me.

Some of those could also be mistaken elemental shaman or shadowpriests or moonkin, but you can always check out their specs, too. I’ll even set my role at the beginning of a BG so that you know me, in the vain hope that my name will enter your consciousness as someone who sincerely wants to help you.

I had a particularly frustrating Battle for Gilneas match where I died so many times it just wasn’t even fun anymore. Some people were offering advice in BG chat, and very uncommonly for me, I chimed in. “It’s tough when you’re trying to heal and nobody is helping you out.”

Expecting everyone to turn on me, I was the subject of unexpected sympathy from a druid. “I know, it’s terrible how people ignore healers in BGs,” he agreed. “Come smoke a blunt with us at LH.”

I took him up on the offer of a place to stand around uselessly – the match had already been decided, and I was less than useless because I am most helpful where there’s actual fighting going on.

Help me to help you, DPS. At this rate you are driving me to only want to do BGs with my buddies (who I know have got my back) but I have no problem healing strangers, too. You just have to meet me halfway.