There Are Many Like It, But This One Is Yours 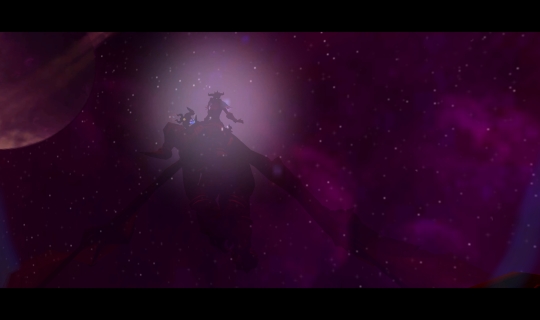 At the beginning of Firelands, I made a mistake. I’ve acknowledged it before, but let me go on the record here to re-iterate that it was a mistake. It wasn’t the first time I’ve made it, but it was definitely the last. I switched characters so that I could play what I thought the guild needed instead of what I wanted to play. I’m not going to belabor this point because I’ve discussed it here, but I think this is seldom a good idea. Unless someone is really and truly unattached to any character and willing to play whatever (and I know there are people who are this way), you should always play what you want to play. Except that I didn’t.

So I took myself out of the running for a Dragonwrath. I was thrilled for the very deserving Fsob who received it, but selfishly I was always a bit sad. I’d danced when the legendary staff announcement came up at Blizzcon. I wanted to see the accompanying lore, I wanted to carry a piece of Warcraft history, and by gosh I wanted to be a blue dragon with jewelery. But I had done it to myself, and I told myself I would just have to suck it up. Except that Blizzard changed Real ID to allow people to run raids. “It would take too much time,” I said. “Isn’t it selfish?” I told Voss. He said, “Maybe it is, but you deserve it, and I’ll be there every night if you decide to do it.”

So on February tenth I posted on our guild forums to say that I was going to organize a Firelands alt run, probably normals, just for kicks. Anyone who wanted to could attend, and I’d find Real ID friends to fill in where necessary. I had big ambitions at first because interest seemed high so I thought I could organize a 25-person run. That didn’t happen the first time (although I did organize one 25 during the course of things!) But that Saturday we headed out to Firelands and we killed some fiery things. I didn’t realize at the time just how fortunate I am. Over the following three months, at least three people never missed a single Firelands run. Several more missed perhaps one or two, but were there for the majority of the runs. Voss held true to his word, and he never failed to tank the Firelands bosses for me. On weeks when Saturday wasn’t possible, we did it on Wednesdays because it was the only day that worked with everyone’s raid schedule.

For twelve weeks, a mixture of close friends and acquaintances came to Firelands because they wanted to help me and because I asked them to. Our little Firelands raid went from a “let’s clear through here on normals” to “let’s clear this thing on heroic every week” to “why don’t we pull heroic Ragnaros?” over the course of that time. We got to know each other better. I’ve had the chance to raid with friends who might not be in the guild but who are really fun, great folks. I organized that 25-person raid and it was nerve wracking. I’ve never organized a 25 for anything before; the sheer amount of organization and coordination required made me admit that I gained new respect for 25s folks (not that I lacked respect, but walk a mile in someone’s shoes, etc.) Each week everyone got together to do this and I couldn’t articulate my feelings about it. I experienced a mixture of excitement, guilt, awkwardness. Part of me couldn’t believe that I had friends like these, who would devote so many hours of their time to get me some pixels in a video game – because they knew it mattered to me, and so it mattered to them.

I don’t want to sound at all pompous or overstate the importance of Dragonwrath itself, though I will cherish it forever and it is my most prized virtual possession. There are many Dragonwraths out there, and many casters wielding them. But this one was pieced together by Fsob’s fireballs, Voss’ shield slams. I imagine each piece to have healing powers from Nowell, Itanya, Karanina, and sometimes Yahwen. It has Shaen’s elements, and Tassager’s bear butt, Bittersteel’s howling blast and Sara’s daggers. It even has some fel magic courtesy of Supplicium and DarthRegis, but we’re going to pretend otherwise. Apple Cider and Kurnmogh DPSed for me one night when we were really stuck without a tenth person! Solard and Cutaia and Rooster helped to tank, Beru, Tikari and Jasyla all had a hand in it. Killskillz, Priggle and Nyxy all helped to DPS. When I did my 25-person run, Korixa, Cordella, Oathblade, Luthvian, Tsunomi, Maelinixi, Fyriat, Rhuanious and Pix all came along. That’s a total of 31 people who helped out with Dragonwrath. I tried to be comprehensive but unfortunately I didn’t keep a running tally so if I have forgotten you and you attended, please know that I am so grateful to you and didn’t mean to leave you out. (Incidentally, there is going to be a special surprise for you Wednesday, May 23rd. Just check From Draenor With Love). 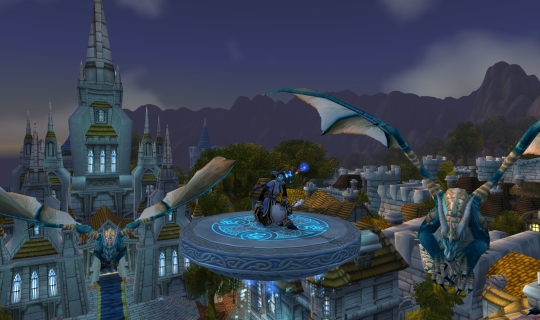 I do want to mention especially the people who were most instrumental in this endeavour: First of all, Vosskah, without whom I probably wouldn’t have organized the runs at all. As always, anything I do is made more fun when you’re by my side.

Nowell/Walks: You said that you would heal for me and you meant it, and you never missed a single run or complained although I know you weren’t really interested in Firelands at all. That means you were there especially to help me. Everyone should be so lucky as to have a friend like you.

Karanina/Snack: You said that you’d heal for me and made it clear that you weren’t taking no for an answer! It’s been a blast to rediscover Firelands with you alongside. You are an outstanding healer and a great friend. I’m thankful to know you and I hope someday I can repay your generosity of spirit.

Fsob: You are an indispensable part of Firelands for us; despite the smallest stature you never shirk from the largest tasks. Thank you for driving Rhyolith, assigning Baleroc, dog wrangling and flying through all those hoops with me. There’s no mage I’d rather have by my side. Mage mage, my friend.

All of my guildies: I hope you won’t mind me lumping you together, but I happen to think we operate best that way. For coming to Firelands to help tirelessly for so many weeks, I can’t thank you enough. You kept it from ever feeling like a chore to me. You are a fantastic bunch of people who brings excellence to everything you do. Thank you. 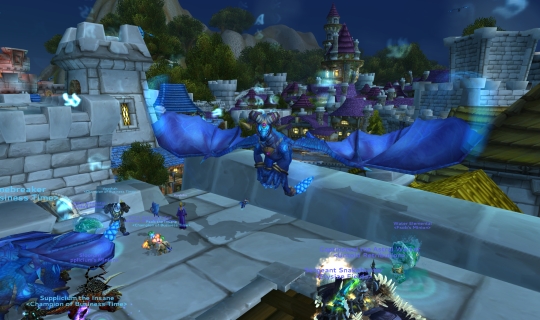 Last night when I siphoned that last essence from Baleroc and the moment approached when I’d be reaching the end of this three month task, all the words flew right out of my head. As I said, this is more than pixels, it’s more than a Dragonwrath. To me, it’s like carrying something that is a piece of friendship, kindness, and team work. I think it’s going to make me smile whenever I think of it. I don’t care that it’s a tier late, or that there are many other people out there with one. Dragonwrath itself isn’t unique, but the experience was unique to me. I’m left with only gratitude to everyone who had a hand in it, and most of all for Blizzard: who made the world that allowed me to find all of the people who gave me this great gift. Some of you I’ve met in real life and some I hope to meet someday, but it’s not geography that determines friendship. Last night culminated in a Stormwind rooftop party including a bunch of off-server folks who had seen the Dragonwrath ceremony a million times but they wanted to see mine. You all helped to make it special, and we created enough of a rumpus that random people flew in and said, “What is this?”

This is my friends helping me celebrate something we made together. It’s the spirit of this game for me, and everyone who helped is an indispensable part of that. 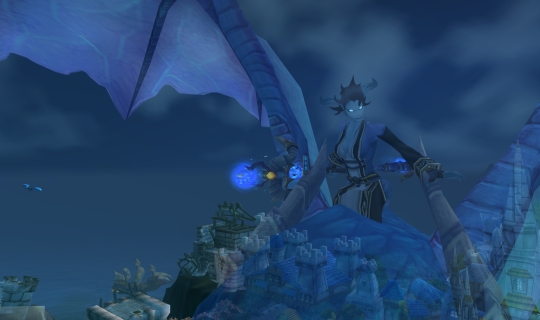